A Definitive Guide to Precious Stones 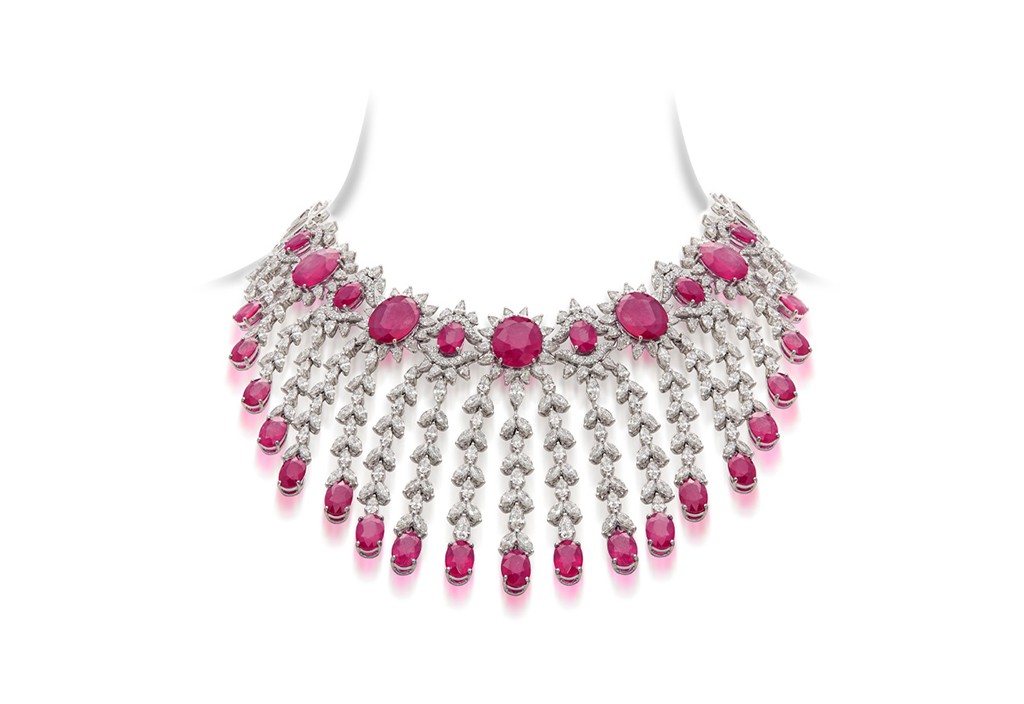 A Definitive Guide to Precious Stones

For as long as one can remember, they have been a part of history- treasured, coveted, traded and revered. They’ve built empires on their backs and sealed love stories through generations. The only thing more valuable than the gems themselves are the memories that are undoubtedly infused within them with time, never depreciating.

At Rose, we pride ourselves in creating one-of-a-kind masterpieces in signature colour combinations worthy of these precious stones. Although it is a popular belief that diamonds are more valuable than gems, busting that myth in the recent past these, inimitable rocks have significantly appreciated in value (yes, even more than diamonds). So whether you are looking for an investment piece or something to bring your unique style to the forefront, you can never go wrong with a well-cut, carefully evaluated and discerningly chosen gem, like those at Rose.

Here’s our quick guide to these radiant treasures, their iridescent colours and swirling patterns. Get up to speed on their vibrance and sparkle, so you can appreciate these beauties just as much as we do.

Unlike other gemstones, an emerald’s opacity is considered equally important as its hue. They are usually green, getting their unique colour from trace amounts of chromium and sometimes vanadium. Top-quality emeralds can be worth more than even diamonds on a per carat basis. The first known emeralds originated from Egypt; they were one of Cleopatra’s favourite stones.

In Sanskrit, ruby is coined “ratnaraj”, meaning the king of gems.

The precious gems are beholden by many, and it’s clear to see why. Rubies would be completely transparent if it were not for trace amounts of chromium that give them their red colour.

Rubies are found in many shades of red, from deep dark reds to light pinkish shades as well.

Although it was only discovered recently in 1967, it was believed to have been formed about 585 million years ago. Tanzanite originates on a four-kilometre strip of land near Mount Kilimanjaro in Northern Tanzania. This is the only source of Tanzanite to exist; this limited source makes it at least a thousand times rarer than a diamond. However, it is more affordable and only a third of the price of a sapphire. Given its limited nature, Tanzanites have fast become investment pieces in heirlooms, appreciating every year.

One of the few organic sources for gemstones, Saltwater Pearls are found most famously in oysters. Mussels, along with other molluscs like clams and conches, produce freshwater pearls. Of all pearls harvested, freshwater pearls account for 95% of them. Oysters have less than one pearl per 10,000 oysters. Pearls come not only in white but also in gold, black, blue and lavender, acquiring their hue from the mollusc’s interior shell lining.

Chalcedony is a form of silica made up of very fine quartz and morganite. It has a semi waxy exterior, bouncing soft, smooth light. Semi-transparent or translucent, chalcedony is usually white or grey, grey-blue, or shades of brown that are nearly white to pitch black.

Turquoise is a rare and valuable gemstone and has been for thousands of years owing to its unique shade of brilliant shade of blue. Its name comes not from the gem’s hue but rather from an early belief that it originated in Turkey. The finest colour is an intense blue that is uniform throughout the stone. It isn’t as hard as other gemstones but can still take a good shine.

Tsavorite is a rich, deep green coloured gem bearing a striking resemblance to an emerald. The key differentiator is that tsavorite is often more brilliant and more durable than its precious counterpart. They can be transparent to translucent, with good lustre, shining true no matter what angle it is viewed from.

The parallel banded type of chalcedony minerals is known as Onyx. Agate is related to Onyx in that they both come from the same place. The critical distinction between the two is that Onyx has parallel bands, whilst agate has curved bars. Its bands come in a variety of colours, from black to practically every hue imaginable.

They are stunning gemstones that are ever-increasing in popularity. They come in nearly every shade imaginable of pink, from light to dark, and even from purple pink to orange-pink. As a rule of thumb, the deeper the shade, the more valuable it is. Its mystical properties tell that it uplifts moods and increases concentration

They come in various shades, the most popular of them being blue and green, not without good reason. Green kinite is incredibly aesthetically pleasing; with white streaks and long greens, they radiate soothing energy. Green minute is anisotropic; its properties vary along the gem’s length, making it quite unique.

Unlike other gemstones on this list which are of mineral origin, Coral are organic. They come from the corals of the seas, large branching organisms that can be found in tropical waters. When corals die, the skeleton remains and hardens. This is what is used to make the gemstone. They are typically reddish-pink and orange, the colour ‘coral’ being derived from the gem itself.

Gemstones have long been regarded as sparkling accessories and markers of significant events in the fashion world. Gemstone jewellery, which can range from classic sparkles to exotic hues, can easily enhance personal style, complement any ensemble, and, moreover, serve as a timeless gift or keepsake. They are an indispensable addition to any outfit, whether you’re expanding your own jewellery collection or giving a gift to someone you care for.